January 19, 2013
A new game has been published by gameKaiser. Developed by Suyash Mohan, Eka Eki Eku is an Action Arcade game developed in HTML5 using the craftyjs game engine. The game is a freeware and is hosted at

Story:
In another dimension there existed a planet called Eklenian.
There lived a unique civilization called Ekleens.
One of those people was our hero Eka.
He loved a girl named Eki.
But Eki's brother Eku hated Eka.
So, he took his sister with him.
Now, Eka has to enter Eku's territory and get back his love Eki. 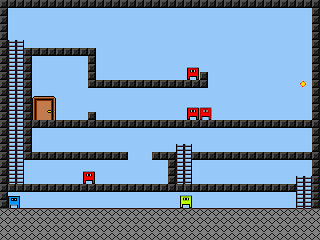 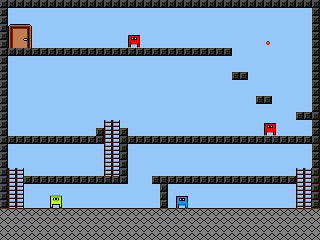 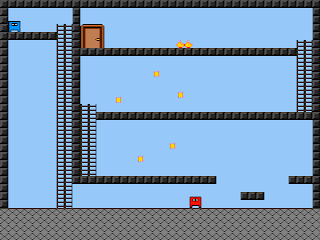 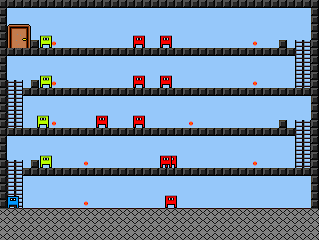 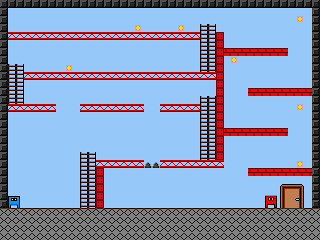 Popular posts from this blog

April 04, 2017
Mission color is a game designed to be simple, fun and fast-paced with an objective of challenging your ability of how long you can stay focused. Mission color is based on the idea that people react immediately to what they see instead of reading it out properly. A color is presented to you and you need to tap on a block with same color. But the challenge is the text of color is written in different color. You have to stay focused and read the color name, then select the respective color from the grid. Time is limited and moving fast. You need to stay concentrated. You lose your focus, you lose the game.   Mission Color comes with 3 modes : Classic Timed Challenger In Classic mode, you need to tap on color block same as the color written in text above. It starts with a time limit of 3 seconds but soon time limit decreases to 1 second. You need to tap on right color as fast as possible. In Timed mode, time limit is given as 10 seconds, but for each correct tap,
Post a Comment
Read more

April 04, 2017
It's Chaos in the Jungle. Snakes have taken over the forest. But our hero, the Monkey, won't let it happen. He's running through the jungle to reach the core of it where the magical bean lies which will unleash the magical powers and restore the jungle to its original form. Play as the monkey in this endless running 2D game. Filled with excitement and fun, this game will entertain you a lot. Features : 1. Cute Monkey 2. Yummy Bananas 3. Tasty Pineapples 4. Chilled Watermelons 5. Deadly Snakes 6. Nature and Jungle Controls : Tap on the screen to jump Help : All you have to do is eat fruits and avoid other animals Credits : Programming and Design - Suyash Mohan Art - http://www.gameartguppy.com/ Music - http://opengameart.org/content/copycat Music is licensed under CC-BY-3.0 and available at OpenGamesArt. Graphics are available for free at GameArtGuppy
1 comment
Read more

Fly or Fly Not

August 12, 2012
gameKaiser is proud to launch its very first HTML5 game on TapJs and Facebook. The game is named as 'Fly or Fly Not'. It is based on the classic Indian game 'Chidiya Udd'. Play it on TapJs : http://flyorflynot.tapjs.com or, Play it on Facebook http://apps.facebook.com/flyorflynot Screenshots:
4 comments
Read more